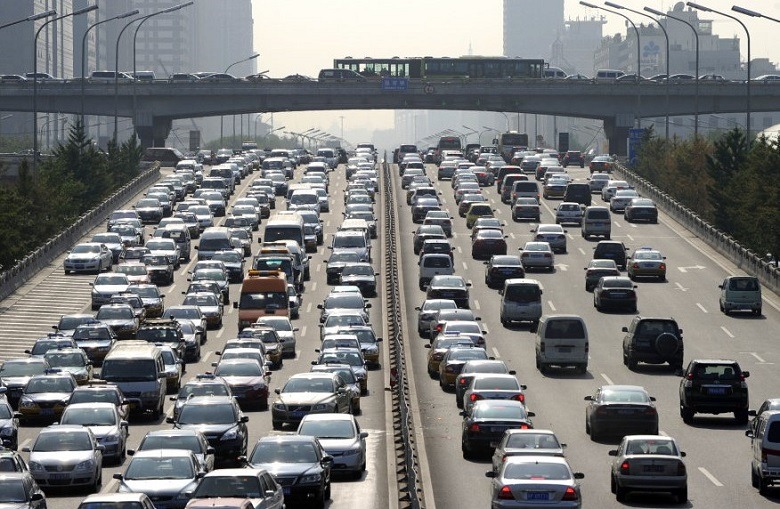 Can cows cause more climate change than cars? How can this be possible? When comparing direct emissions, the global output of livestock is much below the one of transportation.

In 2006, the FAO stated that livestock represents a larger issue than transportation with respect to climate change, leading to 18% versus 14% of the greenhouse gas (GHG) emissions. This news aroused incredulity and perplexity, and in fact, many objections were coming from experts in the field.A trenchant critique was given by prof. Frank Mitloehner (UC Davis, USA), protesting against the unfair use of LCA data for livestock but not for transportation, so that a direct comparison was not justified. This was a pertinent remark, acknowledged by a representative of the FAO in 2010.When comparing direct emissions instead (due to the lack of a common LCA framework), the calculated global output of livestock is even much below the one of transportation (5% versus 14%). Moreover, in its “Tackling climate change through livestock” report from 2013, the FAO modified its LCA-based estimate of 18% for livestock to 14.5% based on an improved methodology using the GLEAM framework (corresponding with 7.1 out of 49 gigatons CO2-eq/y). In other words, the cows-are-worse-than-cars slogan was shown to be a fiction. Yet, anti-meat militants are not very eager to update their credo and keep on parroting the same line over and over again.Within livestock’s overall 14.5% contribution, most of the blame goes to cattle. Beef and milk are said to be responsible for 41% and 20% of the emissions, respectively. Enteric methane fermentation and animal feed have been identified as the largest causes, whereas the rest has been ascribed to other factors such as manure decay. Enteric fermentation by ruminants indeed generates substantial amounts of methane (which is mostly belched by the cows, so it is not even about the “farts” in the first place). The latter correspond to some 29% of the total anthropogenic methane emissions worldwide. Methane receives a lot of attention because it is known to be a more potent GHG than carbon dioxide (28x), but not so potent as nitrous oxide (265x). Because of its potency, methane is said to be responsible for about 16% of the total GHG emissions, when expressed as CO2-eq. However, whereas methane emissions increased massively during the post-industrial era, they are now levelling off, in contrast to the ever-increasing CO2 levels.

Globally, the calculated total emissions of methane are almost in tune with the total sinks, where it not for the fact that calculations have been underassessing the massive methane emission leaks from the oil and gas supply chain, according to a recent study published in Science (Alvarez et al. 2018). It is of primordial importance to point out that methane has a short lifetime and can thus still be mitigated, while the more worrying effect is related to CO2, which is out of control.

The conventional metric viewing methane as many times more harmful than CO2 is misleading, not in the least because the kinetics of atmospheric stabilisation are very different. Stabilisation of methane can be obtained by a drop of 30%, whereas CO2 can only be stabilized upon a massive reduction (80%), whereby the lifetime of the former is in the order of 10 years and that of the latter of hundreds of years. Nonetheless, cows are usually taking most of the blame. Traffic, interestingly, seems to get away with it, although the latter largely drives CO2 levels and has been increasing spectacularly over the last decades. And what is worse: traffic’s impact on CO2 levels is expected to upsurge in the coming years, as both air and land traffic will continue to develop, especially in emerging countries.

Not only do methane emissions have to be put in perspective, analysis should also take into account regional variability. In the US, for instance, direct emissions by livestock have been estimated at 4% by EPA, far below the impact on GHGs by transportation (28%), electricity (28%), or industry (22%). Taken ad absurdum, an elimination of all US livestock would only result in a 2.6% reduction in the country’s GHG emissions, corresponding to a global difference of only 0.4%. Furthermore, the presence of large amounts of ruminants on US territory is not even a recent phenomenon. Far from that: over 60 million bison must have been roaming the North-American plains before the 19th century. Today’s cattle produce more GHGs than the native bison but maybe not all that much.

It is worth mentioning that the US also harbours a massive population of pets, which rely on feed that creates an environmental impact equalling 25-30% of that of animal production. Understandably, almost nobody dares to put the latter sensitive issue on the table when arguing for a drastic reduction in meat consumption. Neither is it being stated that going vegetarian in an industrialized country will not cut your GHG emissions all that much: not the often-promised 50% but more likely 4% (or even only 2% as “rebound” effects need to be accounted for as well).

Things become even more problematic for anti-meat campaigners when GHG emissions are expressed on a basis of essential amino acids instead of weight (which is a common but meaningless metric) or energy density (which overlooks nutritional quality). Not only would the impact of crops such as rice and cauliflower then exceed the one of beef, even the production of peas would become more emissive than the one of pork or chicken. Nutrient density matters – which is conveniently ignored – and animal products are by far the most nutrient-dense and nutrient-complete foods in the human omnivorous dietary spectrum. So why is that rice is never blamed for damaging the environment, notwithstanding the fact that its nutritional value is very low in comparison to meat and its cultivation is a main driver of methane emissions too (10% of the global anthropogenic methane production)?

Although industrialized countries have been effectively reducing their methane output from cattle during the last decades, developing countries have been witnessing an increase. A 30% reduction can nevertheless be achieved globally if all producers would adopt the practices used by the 25% most efficient ones. Several options are available, from the use of feed additives to regenerative grazing. Interestingly, the latter may even create a net emissions sink, by drawing more carbon into the soil than the methane produced by the cows. Optimized deployment and management of ruminant herds may thus not only contribute to a more sustainable food system based on the principle of soil carbon sequestration, but also by facilitating the provision of ecosystem services. In line with the vision of the FAO, policy makers need to acknowledge that “the livestock sector should be part of any solution to climate change” (my emphasis), highlighting the global importance of animal husbandry, contributes to the livelihoods of innumerable rural farmers, and has the potential to increase educational attainment and to reduce gender inequalities in developing countries.

Although livestock indisputably contributes to the emission of greenhouse gasses into the earth’s atmosphere, it is unfair to depict this longstanding fundament of human civilization as the main cause for climate deterioration. A single return flight from Rome to Brussels generates much higher emissions than the annual consumption of meat and cold cuts of a single person, so can we just blame prosciutto while organising our next city trip? The real problem we need to face is an unpopular one: hyperconsumerism and an unbridled exploitation of fossil fuels. Burning of the latter is brutally releasing enormous amounts of carbon – that had been sequestered for millions of years – into the atmosphere at a yet unseen rate. Instead, animal products are now used as a convenient scapegoat, rather than as respected contributors to healthy and sustainable diets, whilst the root causes of climate change remain mainly unaddressed.

In the meanwhile, multinationals and venture capital funds have discovered the gold mine of the “plant-based” hype, which mostly translates into abominable imitations of meat and dairy products. Easy profit is generated through the ultraprocessing of cheap ingredients (protein isolates, starch, and oil), generated from biodiversity-obliterating monocultures through the application of fossil fuel-derived fertilizers and by depleting valuable topsoil. For now, the public anti-livestock narrative needs to be maintained, so have decided the powers that be.

Let me be clear: it is our moral obligation to address any food production system that has detrimental effects on the environment. That is true for certain livestock systems, as well as for certain crops, of which some are particularly devastating indeed (cf. the cultivation of avocados in Mexico and the greenhouse apocalypse in Almeria). Distorting the data for ideological purposes is scientifically dishonest and socially irresponsible. More importantly, rather than focusing on sustainable diets as such, we urgently need shift the attention to lifestyles. Unfortunately, the growing influence of ideological agendas, the perverting interventions by vested interests, and the contemporary post-truth environment do not make the debate any easier.

After having studied Bio-engineering Sciences at Ghent University (1992-1997), prof. Leroy obtained a PhD in Applied Biological Sciences at the Vrije Universiteit Brussel in 2002, where he continued his academic career at the research group of Industrial Microbiology and Food Biotechnology (IMDO) as a post-doctoral fellow of the Research Foundation Flanders (FWO). Since 2008, he holds a professorship in the field of food science and (bio)technology.

His research primarily deals with the many ecological aspects and functional roles of bacterial communities in (fermented) foods, with a focus on animal products. In addition, his interests relate to human and animal health and wellbeing, as well as to elements of tradition and innovation in food contexts. 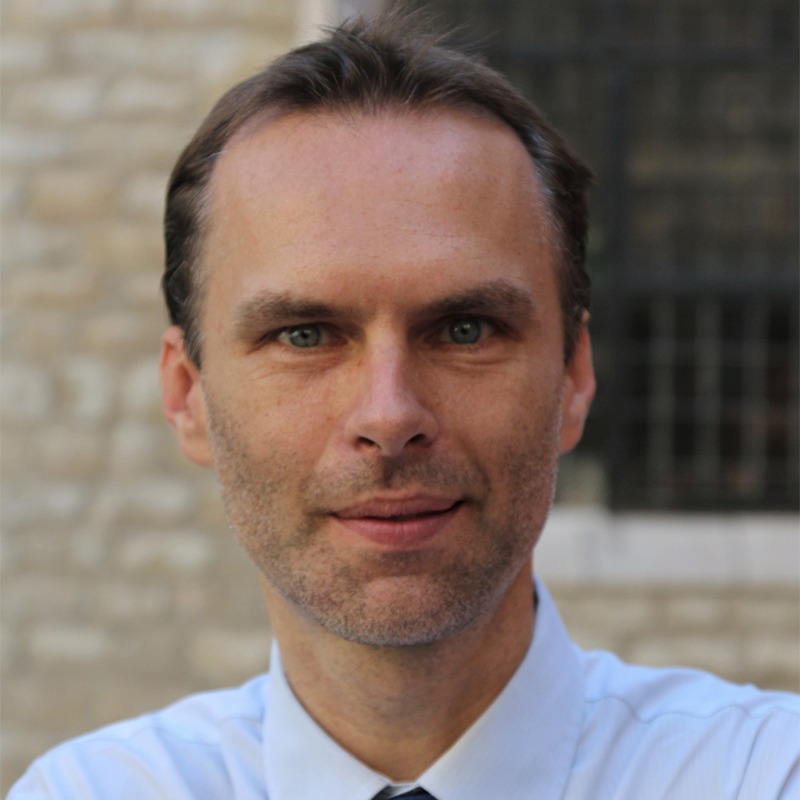 After having studied Bio-engineering Sciences at Ghent University (1992-1997), prof. Leroy obtained a PhD in Applied Biological Sciences at the Vrije Universiteit Brussel in 2002, where he continued his academic career at the research group of Industrial Microbiology and Food Biotechnology (IMDO) as a post-doctoral fellow of the Research Foundation Flanders (FWO). Since 2008, he holds a professorship in the field of food science and (bio)technology. His research primarily deals with the many ecological aspects and functional roles of bacterial communities in (fermented) foods, with a focus on animal products. In addition, his interests relate to human and animal health and wellbeing, as well as to elements of tradition and innovation in food contexts. 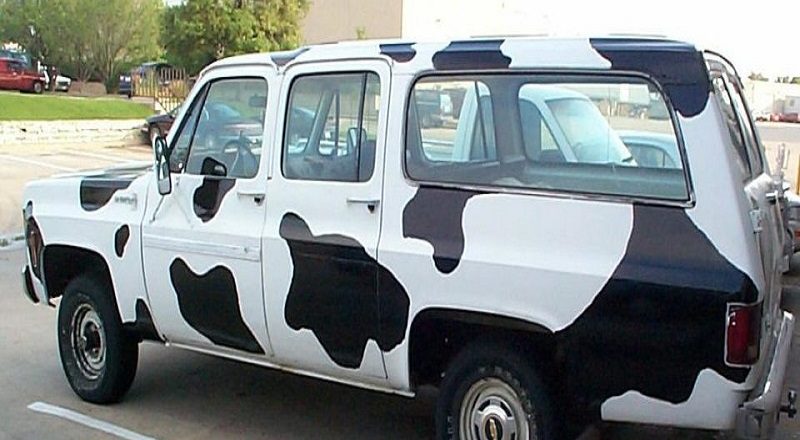 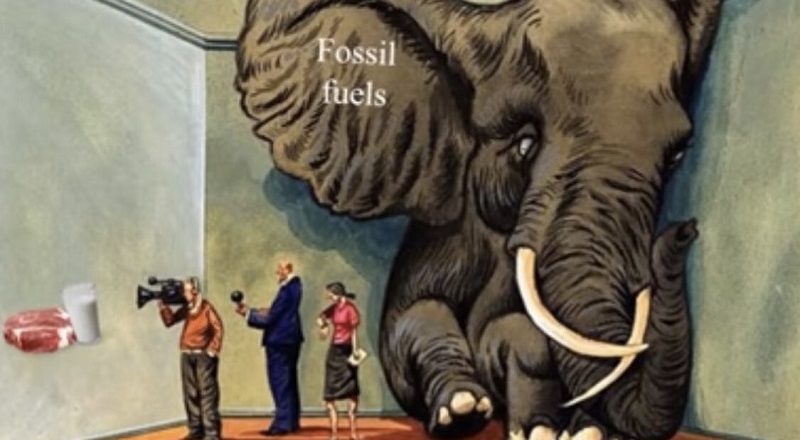 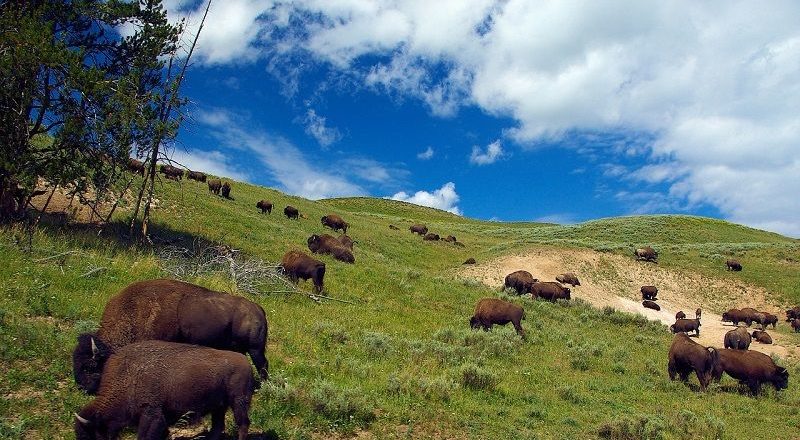