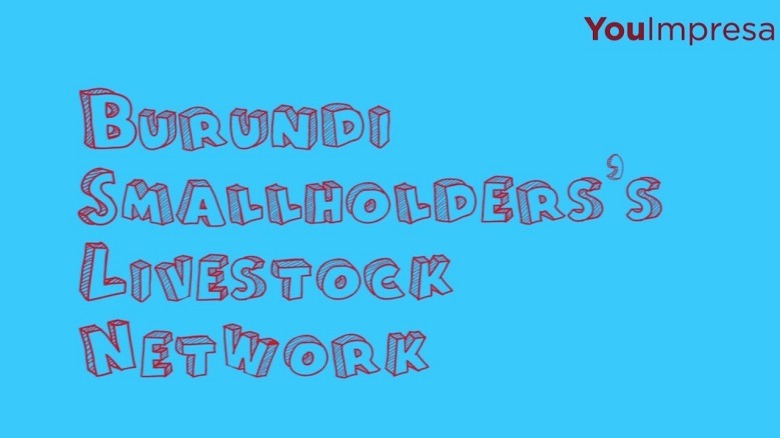 The 90% of the Burundian population lives on family farming, which is conducted on small plots of land (0.3 hectares / family) with increasing soil degradation (9% / year). People there live under the absolute poverty line (<$ 1.90/ person / day), 70% of the population suffers from malnutrition and 85% of these suffer the deficiency of easily assimilated animal source proteins. The 46% of infant mortality is caused by malnutrition. Undernourished children grow unhealthy and with brain deficiencies, which lead to a certain impairment of their future. This situation is common to almost all countries in Sub-Saharan Africa, with a slight difference in the indicators’ levels.

In this scenario was created the Burundi Smallholders’ Livestock Network (Buslin), a start-up consisting in an agricultural food chain, specialized in the production and commercialization of animal source food through a conscious and capillary network of rural and peri-urban local producers. Its mission is to reduce protein deficiencies, especially for mothers and children, in Sub-Saharan Africa (SSA), and to eradicate the absolute poverty in the involved families.

Buslin suggests to every family to sign a contract containing mutual commitments. To each rural family that agrees, Buslin buys and delivers the animals (species and number depending on the resources, skills, culture etc.). The family agrees in turn to breed the received animals in accordance to the technical practices suggested by the Start-up, and to perform other duties. The economic value of the animals at the time that the contract is signed represents the risk capital for the Start-Up only. This allows to cancel the families’ concern of not having the money to buy an animal that may not even survive (which is a situation that poor families stand with many difficulties).

The management team is formed by its founder Dr. André Ndereyimana, agronomist and food technologist (leader of the start-up) who is at the end of his PhD in agri-food system; two female economists in charge of the secretary/accounts department and of the marketing, respectively Chanelle Gahimbare and Alice Mukantwari; a food technologist, Claver Irambona, as production director; an industrial electrician for the management and maintenance of facilities and equipment. Besides of them, Buslin is supported by a veterinary technician who takes care of the health and the animal welfare.

The system provides many mutual network benefits for Buslin and individual families. An animal is given to them with no financial risk, since the only investment they are required of is their work. Moreover, families have a guaranteed market for the offspring of their animals as added value given by the animal reproduction, since Buslin buys them to extend its network. The family’s income is also increased in proportion to the animals weight, whose monetary value is divided in half (50% family and 50% Buslin). Besides of the income’s growth, which improves the families’ financial capacity, the project provides organic manure that contributes to a better field productivity.

Families also benefit from training on improved farming techniques, nutrition education and personal empowerment implemented by Buslin in order to increase the productivity and to build a conscious network of the best rural partners (which is the only guarantee for the future of the Buslin project). For adults animals for slaughter, both parties have interest in finding the best buyer to earn the highest possible profit. From this point of view, the network makes collective animal sales possible, which allow the families to earn a better financial added value than the one they could gain by selling the animals on their own.

Buslin’s bargaining power ends up in benefitting each family at the time they decide to sell their animal. On its side, Buslin can benefit of a high number of animals even if it doesn’t have large portions of land (it’s enough for the network to establish small centres for the selection of the best grandparents for the reproduction chain). Another general advantage of the project is related to the resistance against infectious diseases (African swine fever for example), since the animals are dislocated in families scattered in distant places.

From an economic point of view we can expect an average annual return of about 50% of the venture capital. Moreover, according to the report of FAO published in 2011, the market demand for animal source products is rapidly increasing between 2000 and 2030 in Sub-Saharan Africa, and particularly in Burundi (316% for milk, 236% meat for beef meat, 280% for pork meat, 310% for poultry, 354% for eggs and 140% for sheep and goat meat). This demand is much higher than the supply of all Sub-Saharan African countries, because of the increasing urbanization and of the gap between the population growth rate (2-3%) and the food production one (2%).

From an environmental point of view, the business model proposed by Buslin has less soil and air pollution, as families are raising animals in proportion to the land they have access to, and the animal’s welfare is also being guaranteed through straw beddings. Finally, as far as it concerns the ethical and social sustainability of the project, we remind that each family chooses which animal species to breed according to their own cultural and / or religious practices, and Buslin is doing the capacity building on personal empowerment its members for an inclusive economic and human development. 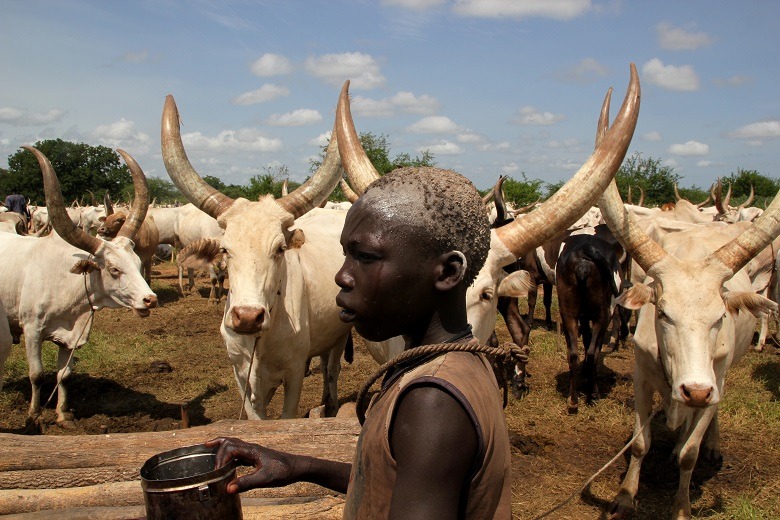